Bands in the Sand 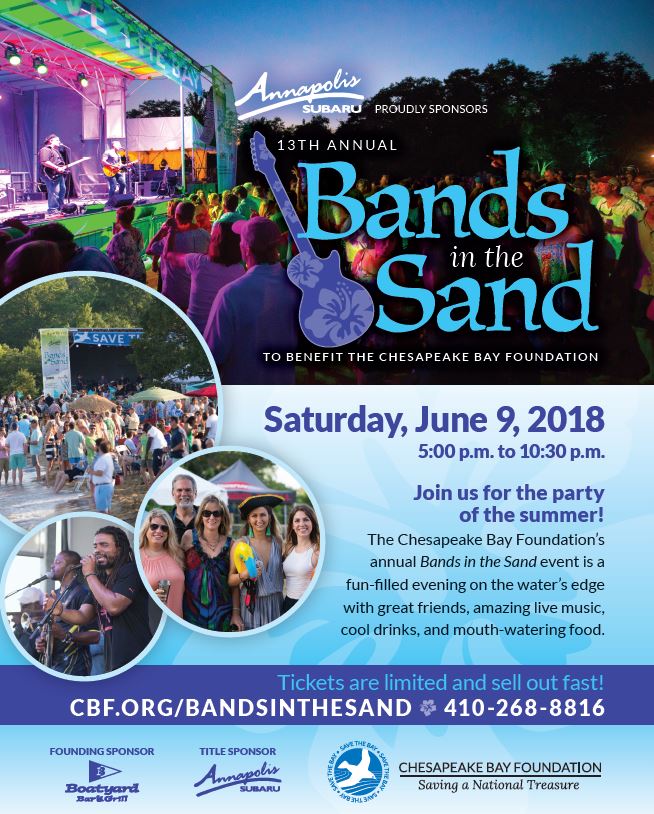 2023 will be our 16th Annual Bands In The Sand party at and to benefit the Chesapeake Bay Foundation.   G. Love & Special Sauce was the musical headliner in 2022, joined by Swamp Donkey and Misspent Youth.  More details to come.

The Boatyard owner, Dick Franyo, a Trustee of CBF, saw the opportunity for the best beach party in the area while out at another event up on the porch at CBF more than a decade ago.  He said to himself “this is nice but CBF needs to have its largest fundraiser right on the beach by the Bay overlooking Thomas Point Lighthouse.”  Since he had already founded and produced the Annual Boatyard Spring Fishing Tournament and Annual Annapolis Maritime Museum Boatyard Beach Bash, he knew a lot about throwing outdoor “life-style events”.  It meant generators and wires for power under the sand, large professional stage, sound system, lighting and setting up a full kitchen right on the sand.  Dick says “the CBF team and my Boatyard staff have really stepped up and produced the very best party of the year in the area.”

The event has raised well over three million dollars for CBF.   This year our good friends at Annapolis Subaru were the Title Sponsor. “Thank you Annapolis Subaru, you are truly dedicated to Saving the Bay, such a natural treasure!”